Oliver Weiss (Walden Font Co.) Posts: 208
May 2020 in History of Typography
This is my take on Ovid by Heinz Keune, originally published in 1903. This is number eight of twelve fonts that'll make up my Art Nouveau design kit. 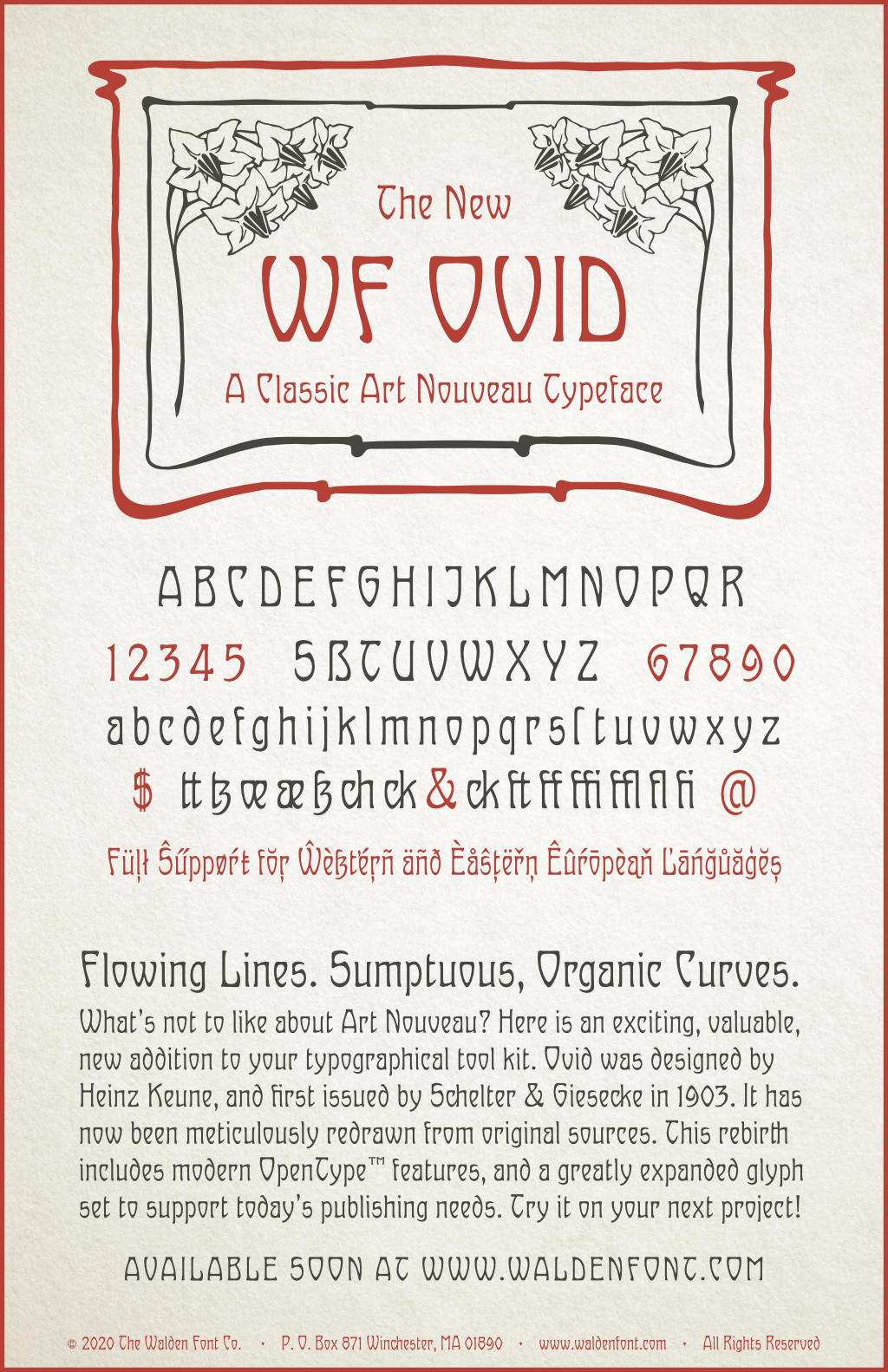