My take on Garamond 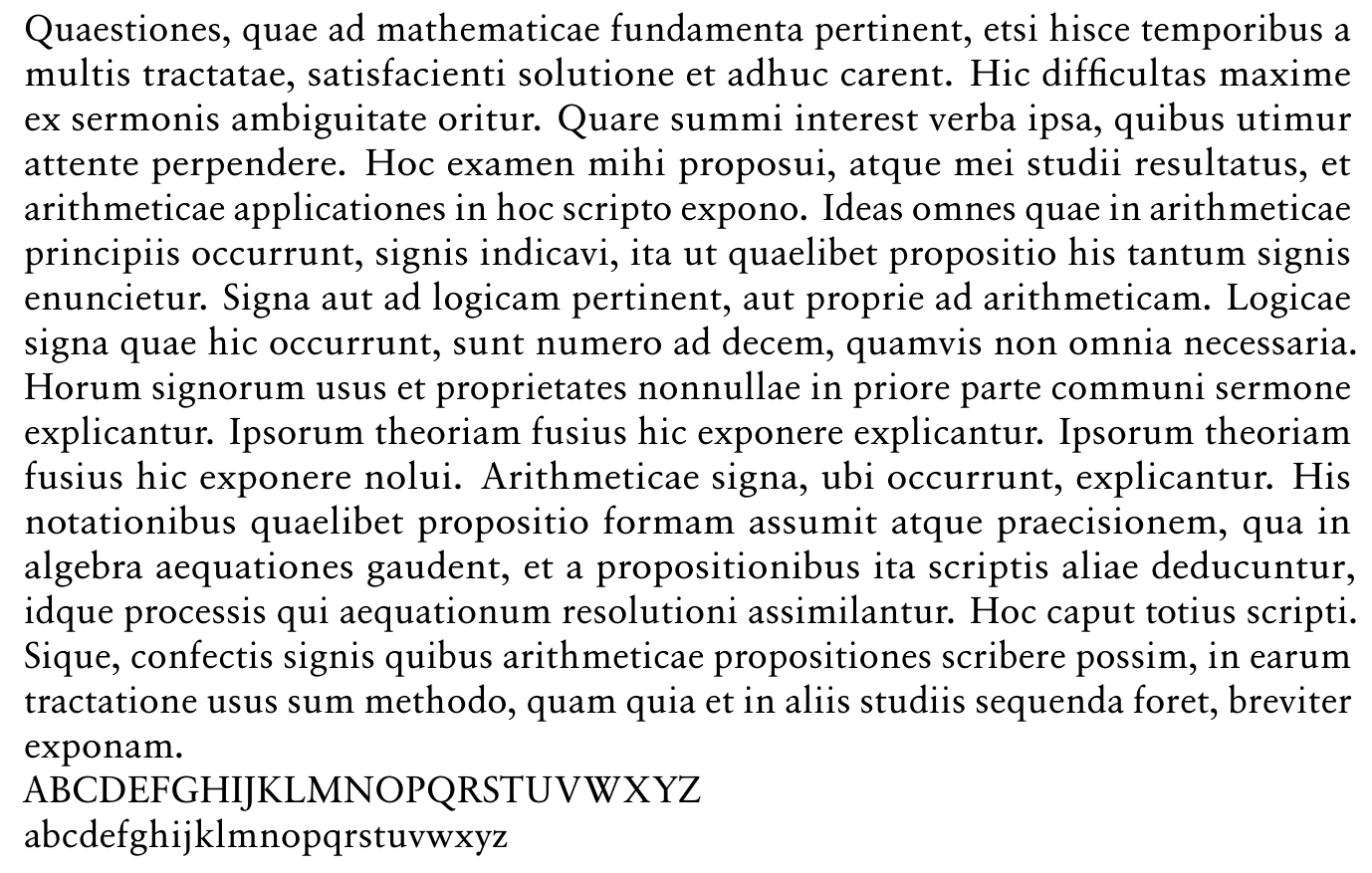 Here's a sample of my new font (unnamed as of yet) — Note that /ffi etc are not present yet. It's my own personal take on Garamond, meant to align with twentieth-century Garamonds. It is particularly modeled after Tschichold's Sabon (specifically, the phototypesetting version from the 1970s), though my typeface is not striving for 100% authenticity to any model. I'm less interested in being accurate to the original tradition of the renaissance, and more seeking to mimic the 20th-century versions of Garamond. But I have also made other choices in my interpretation. For instance, I have left the terminals flat for all the characters. I also seek to keep my letters as consistent as possible with one another, using the same widths and components to form much of the alphabet. I have not yet designed an italic/bold version, but these will come in the future. (I am considering following the principle of the original Sabon — though not all the digital adaptations — and designing an equal-width italic and bold. Maybe yes, maybe no: it's an interesting principle to me.)
Why another take on Garamond, you may ask? Well, for one, I'm a fan of Garamonds. But I also wanted a better free and open-source Garamond (and I will release my font under the OFL when it is complete). EB Garamond is a nice font, and based on the same model as Sabon (for the Roman face), but it is slightly too distressed for me, as I am more interested in a very clean design. I also have a strong belief we need more open source fonts which are appropriate for text.
alphabet-zero.pdf 6.3K
Tagged:
1