How to? Teamwork / collaboration work / parallel work on a typeface 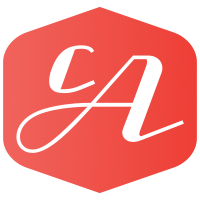 Thomas Schostok Posts: 13
March 16 in Type Business
Hello, everybody,
I would be interested to know how larger foundries are able to work on a typeface at the same time.
For the background: we at Cape Arcona are a relatively small foundry with only two people working on typefaces. We very rarely work on the paths of a font in parallel, but rather distribute the tasks according to the task, so the main thing is a purely "linear" work on a font family, i.e.: after person A has completed the task, person B continues working on the file from person A, etc.
However, from time to time we have a project where it would be better to work on one font at a time. A simple example would be if the "basic" letters of a style (e.g.: Light) already exist, so that person B creates the Black style at the same time, while person A designs other characters, such as numbers or special characters, which do not include changes in the "basic" letters, etc.
I'm not interested in how the two styles are merged afterwards, but rather how changes can be displayed or logged for both sides. For example, it could happen that a character in the "basic" character set within the Lights style has to be performed by the person who is currently editing the Bold style because it is technically necessary. How could a clear, cross-team recording of the changes be presented here? How do larger teams handle this?
I would be grateful for any insight into how parallel process work works.  :-)
Thanks so much and stay clean,
Thomas
Tagged:
0