Does anyone have a sample of the Cyrillic that Robert Granjon cut at Rome in 1582, based on Russian and Serbian models, that Robert Bringhurst talks about in the article?
Here are some images from Vervliet's Cyrillic & Oriental Typography in Rome at the End of the Sixteenth Century: an inquiry into the later work of Robert Granjon (1578–90), Poltroon Press, 1981.

The polu-ustav (semi-uncial) in the first image, attributed to Granjon, looks really nice on the page. It's a lot more even and consistent than a lot of later Cyrillic types in this style that try too hard to follow manuscript hands. 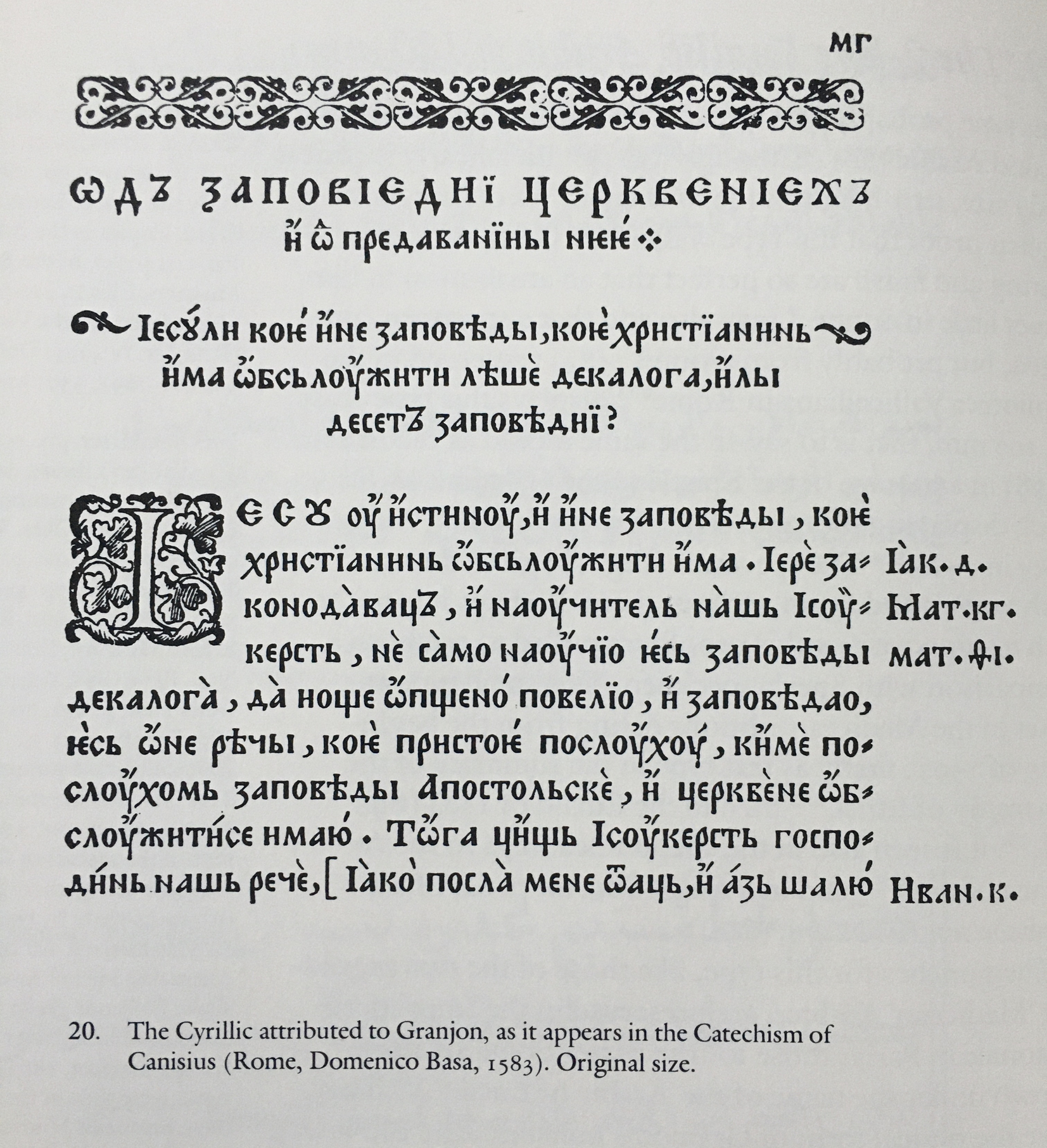 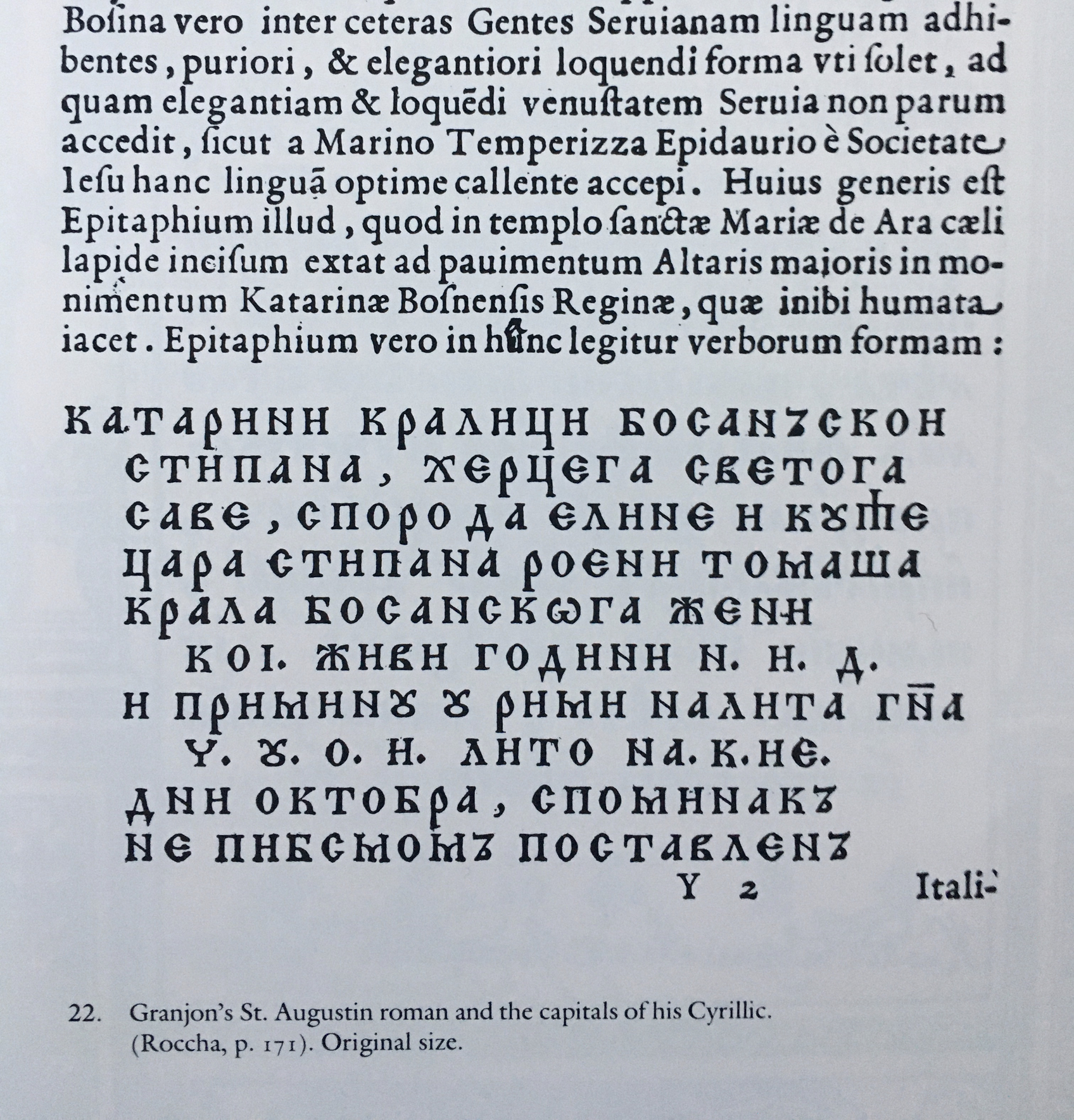 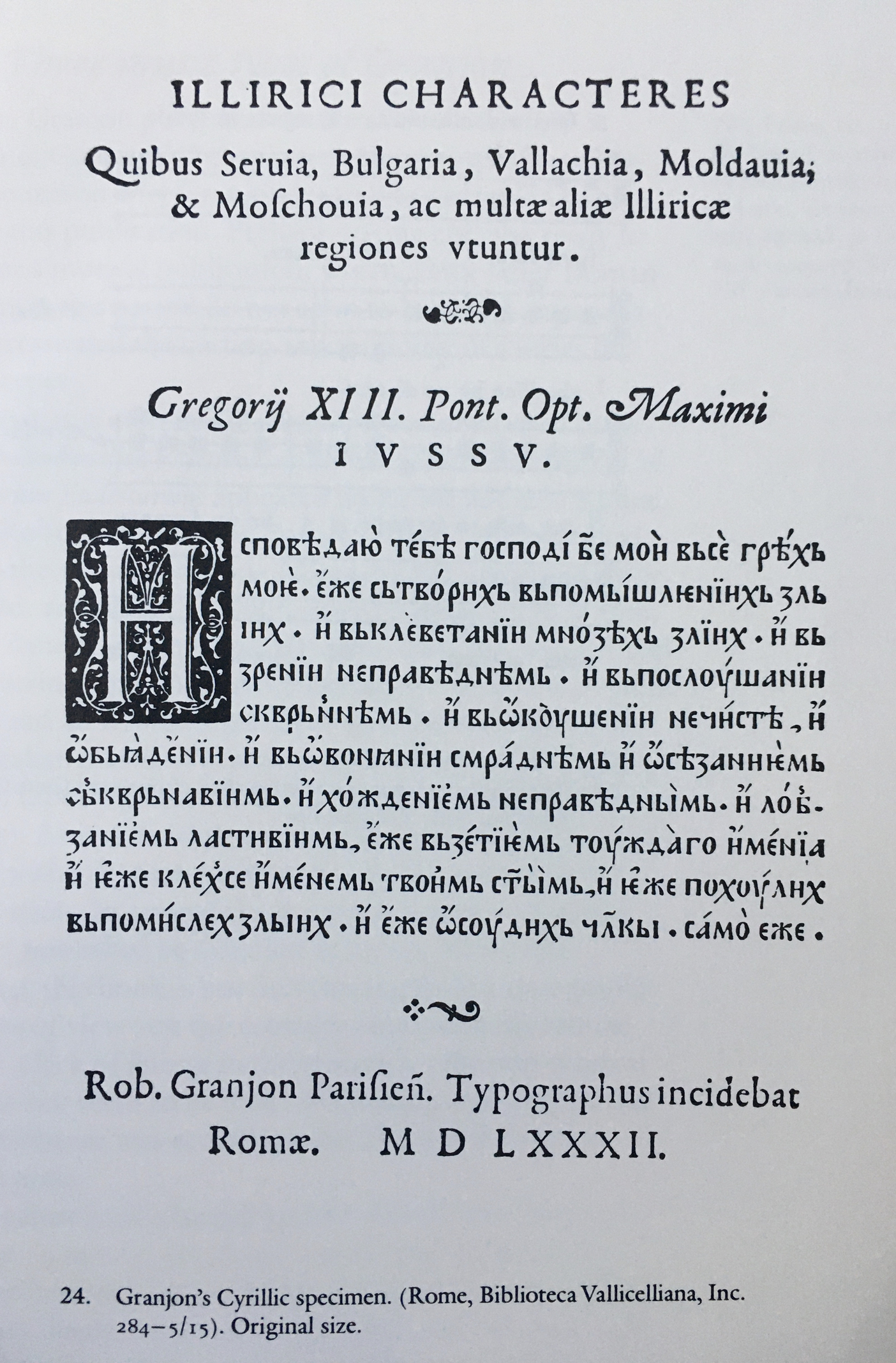