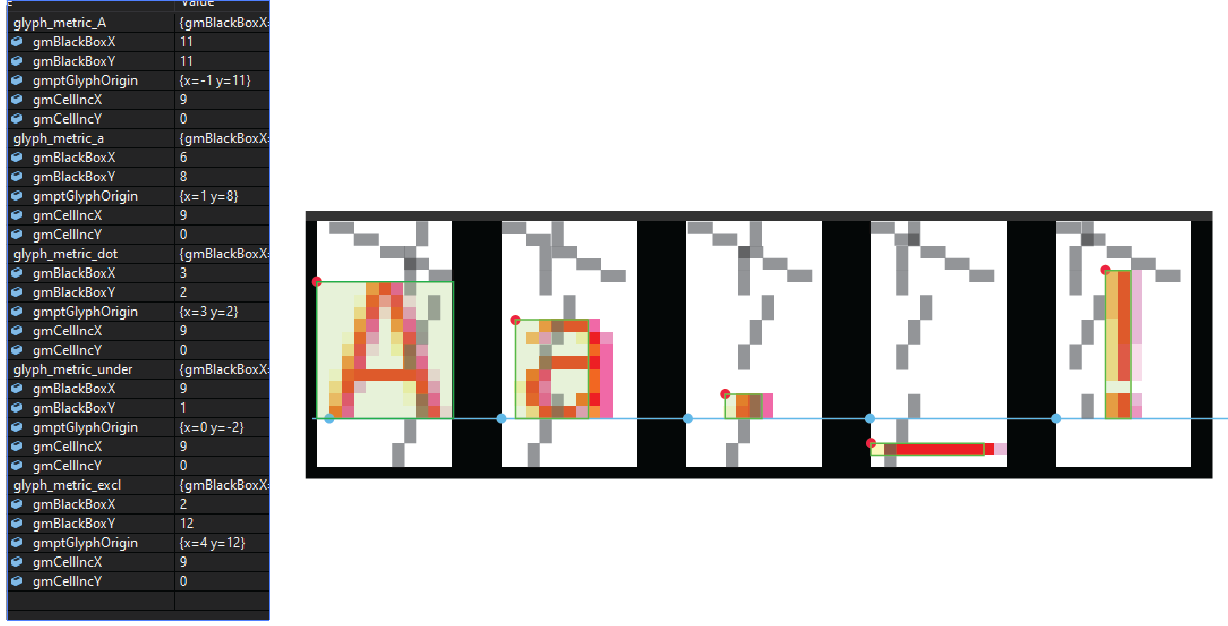 Hello,
I initially posted this at stackoverflow and github but was advised that this might be a better place:


The problem is that values gmBlackBoxX and gmBlackBoxY are supposed to give the dimensions of the rectangle enclosing the glyph.  It seems like they are calculated before the hinting process takes place and this is a bug. Maybe you guys can tell me if it's something else.