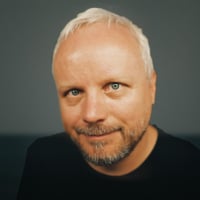 Henning von Vogelsang Posts: 147
October 2019 edited October 2019 in Technique and Theory
Aside from tradition, is there any reason that would make it a bad choice to add a Book version next to a Regular and Medium version of a font? I know in many cases, Book is equivalent to Normal or Regular. But what if Book is in between Light and Regular? A bit like what Medium is between Regular and Bold?
I’m curious about recommended practices, technical issues, but also boundaries.
Tagged:
0
«1234»