An oddity with the replacements via 'locl'

mauro sacchetto Posts: 202
August 2019 in Technique and Theory
I noticed a fact that baffled me.
I do not know if it is physiological, or derives from some mistake of mine.
Imposed a 'locl' substitution lookup that concerns both lowercase letters and small caps (the example I report is purely simplifying; I did an experiment by modifying EB Garamond as a test). 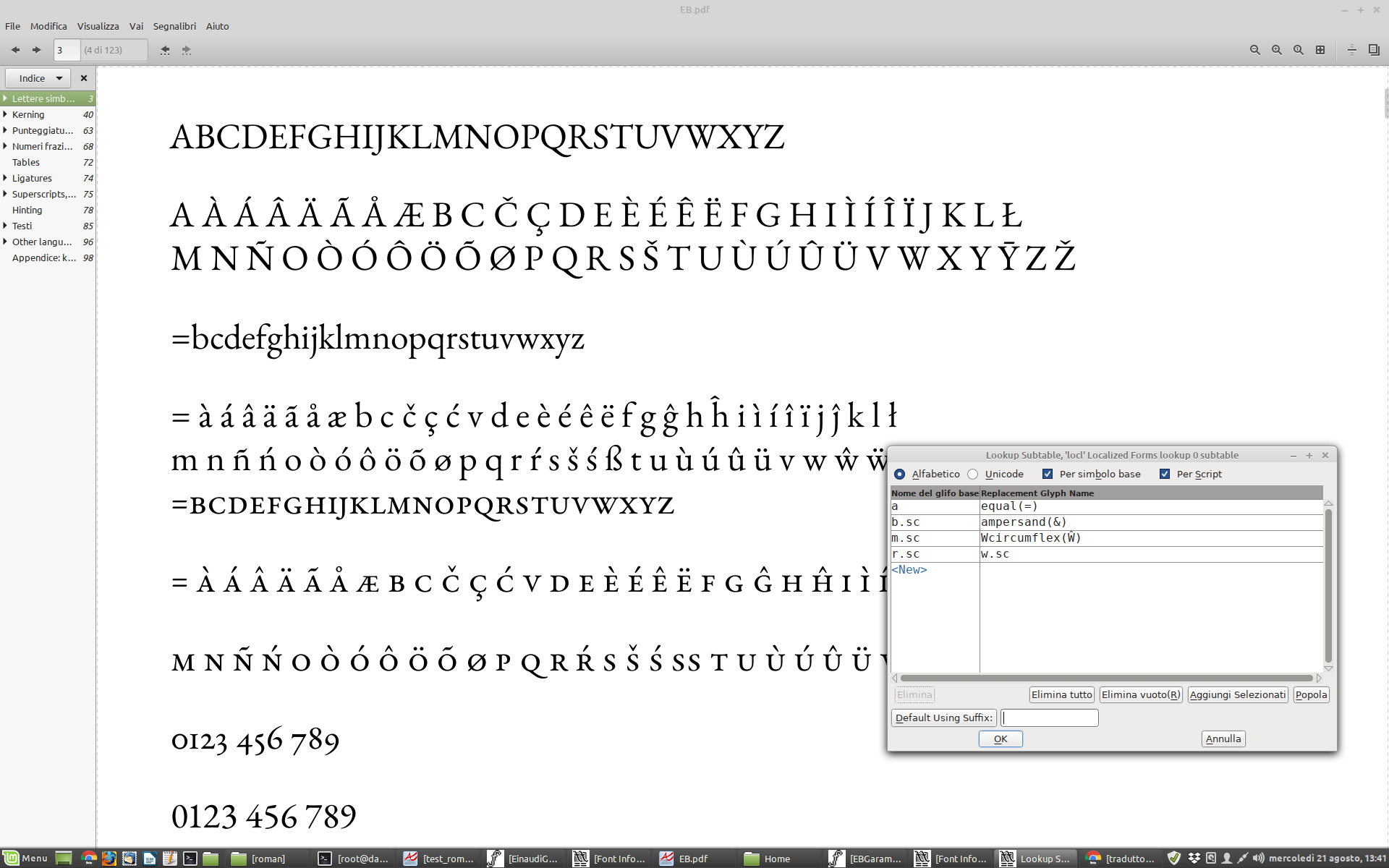 Now:
1) the lowercase letter (in my experiment the <a>) respects the replacement of the lookup;
2) the same substitution is also applied to the <a> small cap, I don't understand why;
3) the substitutions for the letters small caps are not carried out at all.
What's strange or wrong?
0