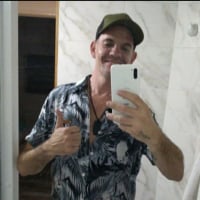 PabloImpallari Posts: 557
April 2013 in Technique and Theory
I'm a little confused about /Tcomma and /Tcedilla

According to Adobe Latin 3:
http://blogs.adobe.com/typblography/latin_charsets/Adobe_Latin_3.html Why are they are using the /Tcommaaccent "name" for the cedilla glyph? Is there any reason for that? or it's just a bug?

So far I have been using:

Is that Ok? Anyone can confirm/clarify?
Thanks in advance