Geometric display typeface for a magazine

Carl Enlund Posts: 7
May 2019 edited May 2019 in Type Design Critiques
Hi! This is a geometric display typeface I'm currently working on. It's intended for bold headlines and is meant to give a "techy" feel, while trying to remain suited for editorial use. Before I go any further with the design, I'd be very happy to get feedback on the typeface this far.

The typeface is inspired by the logo for Techna, which is a student magazine for science and technology students. I initially started with the uppercase letters, but later added a lowercase, intending to make it more usable.

Here's a picture with some sample text. I've also attached a proof as a PDF. There is currently no kerning. I've also noticed that the caps are a bit too light compared to the lowercase, so that needs to be fixed (perhaps by changing the spacing). 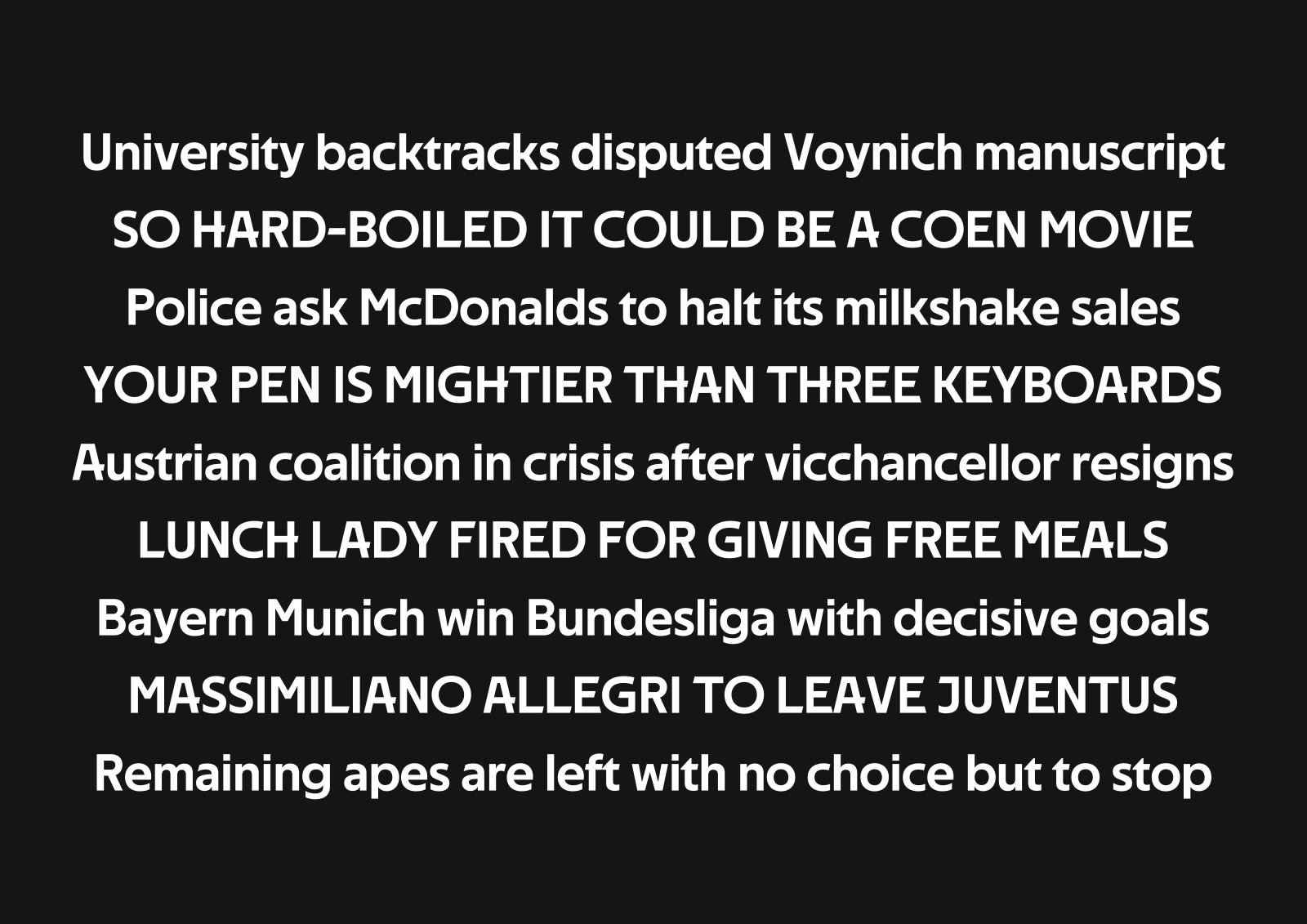