Sovichet Tep Posts: 1
February 2019 in Technique and Theory
Hello. Recently, Adobe announced its official support for 5 Asian scripts including Khmer in Photoshop (and Illustrator). I'm not sure if that includes InDesign, but it renders Khmer script well through World-Ready Paragraph Composer until the paragraph justification is set. I tried to change the leading, the spacing, and any other option available, but I couldn't get it working.

See the image below. 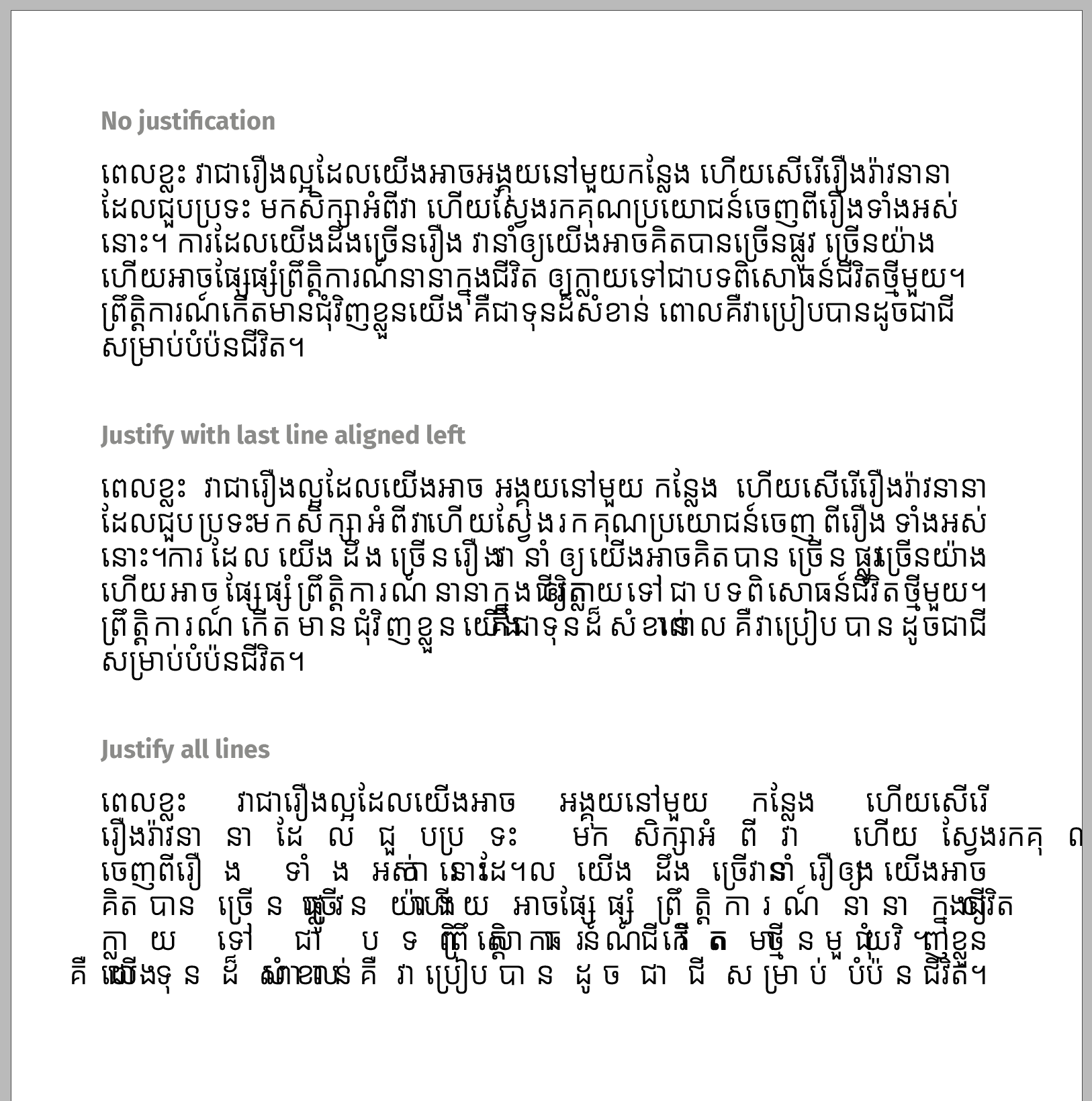 I also opened a bug report here: https://indesign.uservoice.com/forums/601180-adobe-indesign-bugs/suggestions/36534535-khmer-script-justification-is-broken, but no reply.

I hope this could reach people from Adobe. Please correct me if I said anything wrong.
Tagged:
1