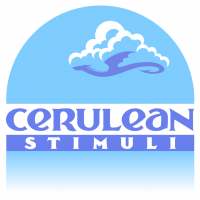 K Pease Posts: 120
February 2019 in Type Design Critiques
Anachrony is a geometric sans take on blackletter in the "Old English" vein. I've been working on this for a very long while without seeking much input, and I'm satisfied with most of it, but recently I thought "this is the sort of thing that some people would like swashes with," and this path has me climbing the walls and doubting all my decisions. Because the swashes aren't delicate enough to overlap attractively, they've turned a font that needed no ligatures into a font that needs 100 ligatures. I've also got in the works a Condensed, a Compressed, a Bold for each, and a Simplex (which is the same as this but without any double-striking in the capitals), and so I'm wondering if I really need to replicate all these new features into all of them.  All critique is welcome, but I'm mostly asking what you think of how I've arranged the features, from a user perspective, and which of them you see as worthwhile at all. See PDF.

ss01: Here are capitals that are "Romanized", especially recommended for all caps. (Should allcaps call this directly?) Also a binoculoid g.
ss02: Here are capitals that are more like you see in newspaper mastheads, which is mostly to do with the dealie on the lower left. Also f, x, z, ß .
The lowercase alternates are lumped into the above sets because they don't belong together. They used to be in a "more traditionally blackletter lowercase" set but then I was convinced of which g made the better default. Pondering if descending f should be default too.
swsh: Big leading curl on capitals, loopy ascenders, as much other stuff as reasonably fits.
ss03: Moderate decoration, bifurcated, tall but doesn't bump into things.
ss04: Extravagant descending swashes. Some go out of the em.
ss05: Ending swashes. Haven't tried to make it contextual, just select the final letter.
ss06: Converts capitals to joined roman numerals because that's handy, right?
I have capitals for all the intersections of ss01+ss02+swsh, though only ss01 by itself extends to accented letters. Lowercase h and k cover as many of the ascender/descender combinations as I can stomach. And then there's the ligatures, most of which are liga replacing swsh collisions but I wonder if I should put them all in dlig as well.
The tack-on swashes are right now represented by ligated strings of commas. I've chosen this because I don't think there are ordinarily any reasons to have two to six commas in a row.
Other little thoughts on my mind: Is the form of L that curves forward at the top a conspicuous absence? Does caps-form 8 need something more in it, and if so, what will not be horrible?
anacpage.pdf 136.4K
Tagged:
1