Does Mark to Mark, depends on Mark to Base?

Yeshurun Kubi Posts: 14
February 2019 edited February 2019 in Technique and Theory
I am trying to figure out this issue:
Does Mark to Mark feature, depends on Mark to Base feature?
I thought that the answer is "NO!" - so if I leave the marks with no Mark to Base definition, it will stand at the end of the Base glyph, and if it followed by another mark, that has 'mkmk' - this offset will take place.
But i've got confused while checking it:
1. Mark to Base + Mark to Mark
This is what shows on FontCreator preview:

And it comes out just fine on InDesign: 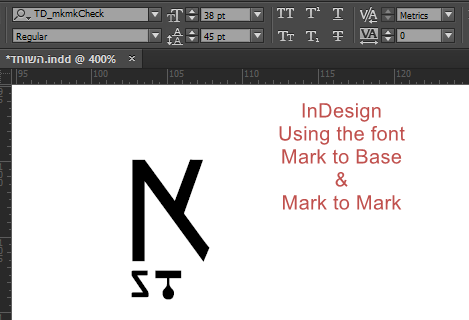 2. Mark to Mark (with no Mark to Base)
It looks like it is working on FontCreator preview:

But it does not work on InDesign: 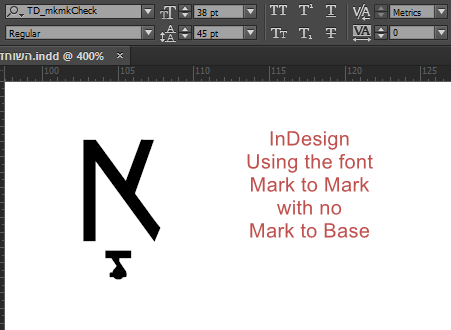 I will really appreciate your kind and clever help on this issue!
[Note: on the DirectWrite shape engine it does not work, but on HarfBuzz it works]
Tagged:
0