AbiRasheed Posts: 235
December 2018 edited December 2018 in Technique and Theory
For some time now I've had problems with curves like in the linked image. My problem is what would be an ideal node placement when you have two opposing BCPs that aren't tangential to one another? I'm going for something like how tt curves are drawn. I know a node goes in the centre of these two but that still won't make them tangential to one another unless in my experience adding atleast 2 more or even 3 nodes sometimes. Sometimes converting to a TT curve gives me hints on how I can keep them tangential but for curves like in the image, it doesn't help me. I've also looked at cursive typefaces that have such a curve or even simply the spine from an 'S'. For both these cases I've noticed the curve is a lot simpler where people sometimes completely omit adding a node in the center(don't wanna do this), or in some cases they add one. But because the curve is a lot simpler adding just 1 node allows the other 3 to be all tangential. I tried the same thing here but it just doesn't work certainly not with 1 node. Any input would be appreciated. 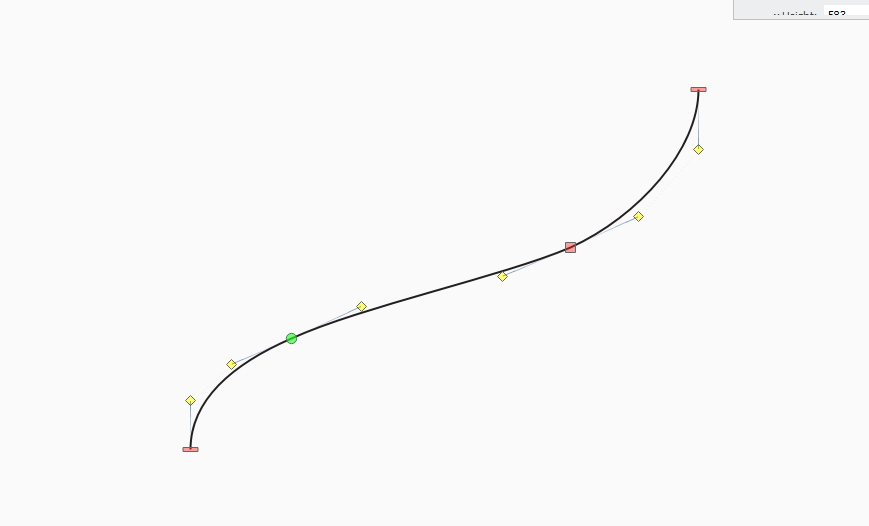