André Simard Posts: 154
November 2018 edited November 2018 in Technique and Theory
I finished my Bronsimard typeface family on 12 fonts (6 roman, 6 italic). For testing I installed it on my Mac Mojave system. I did the same on Windows 10 to see how Bronsimard goes on both system. See my two image. On Mac is perfect I get my 12 fonts, however on Windows I get only 5 roman fonts. Is there something I did wrong? Need your advice and help. Thanks in advance. 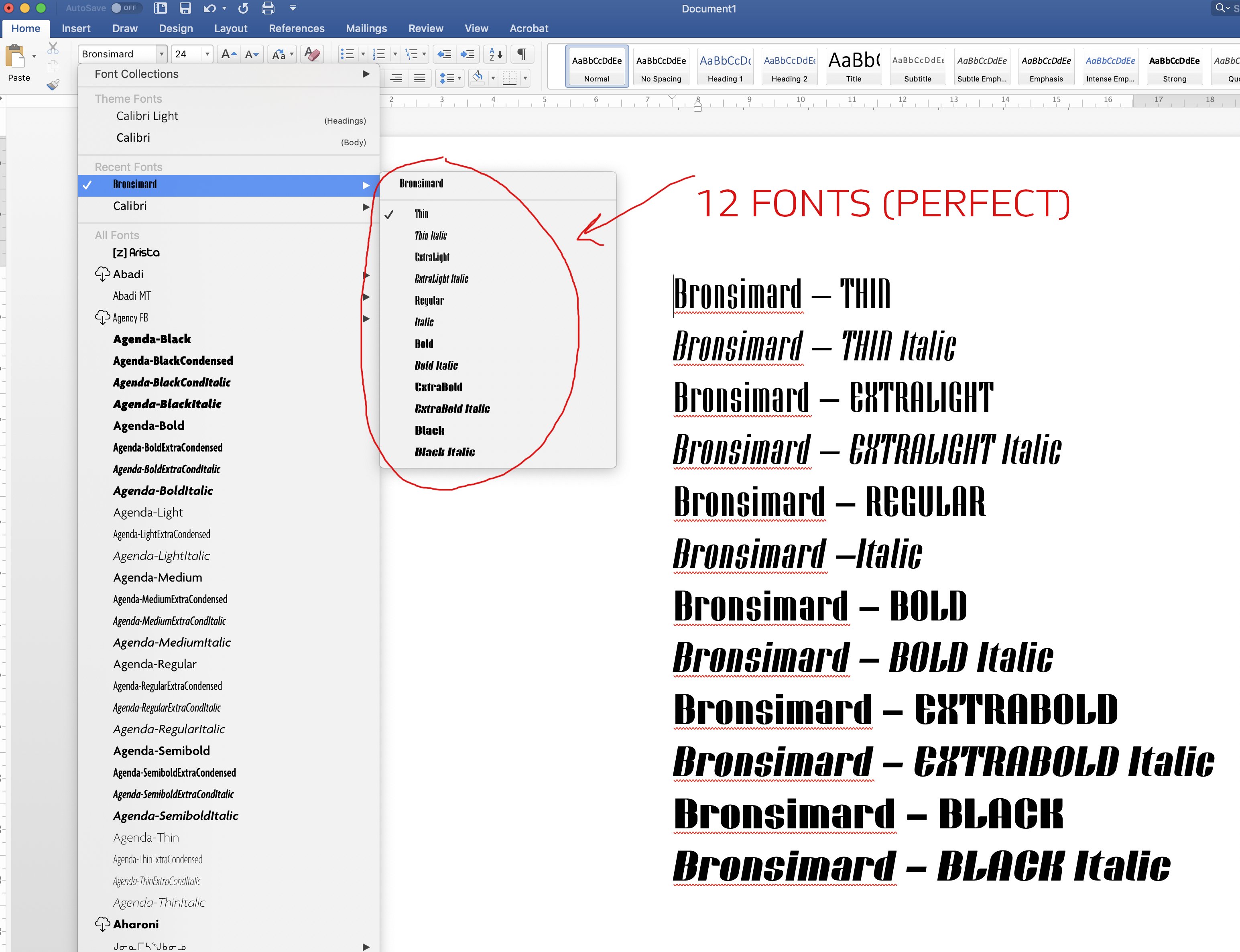 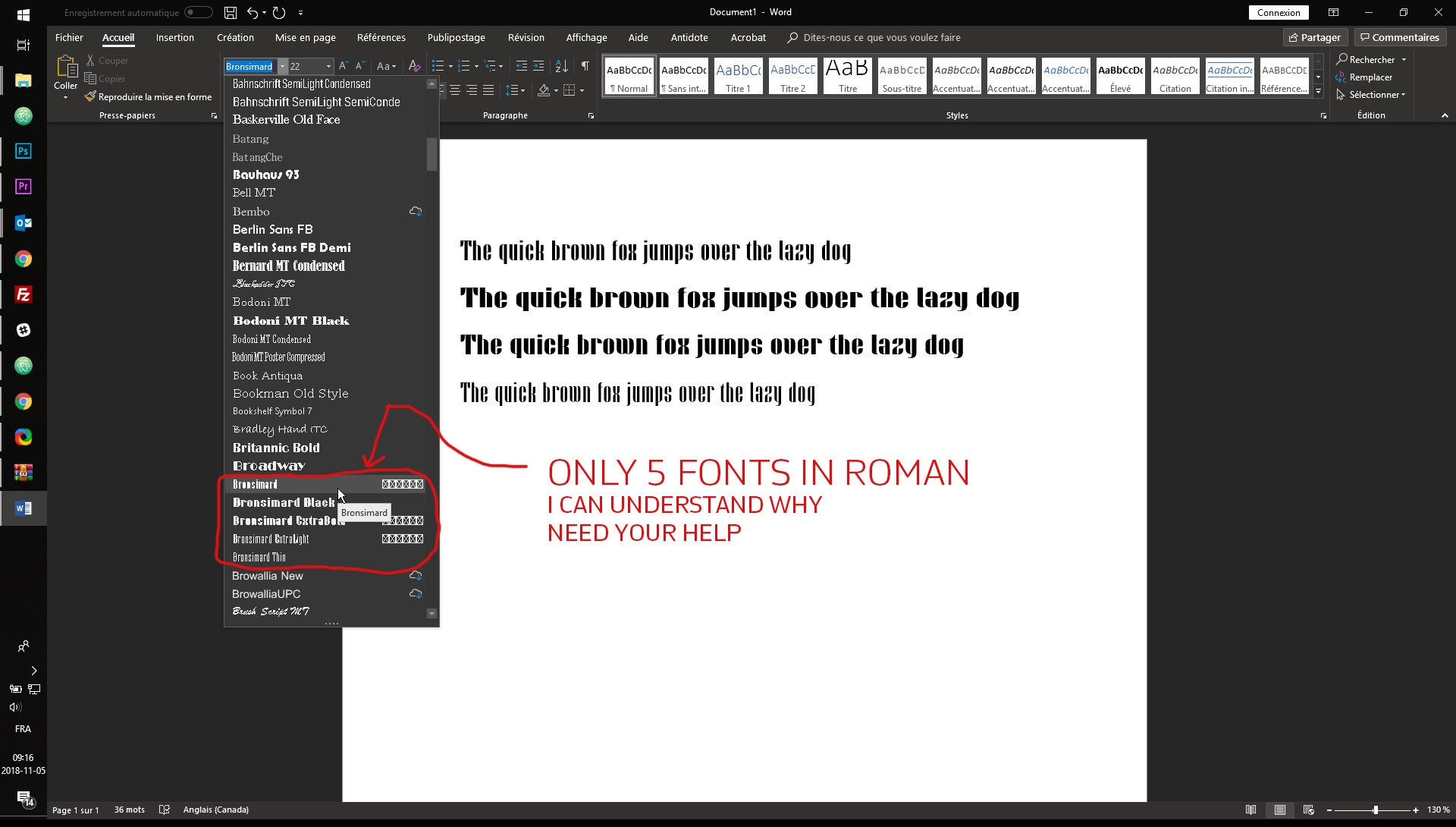