Mark Simonson Posts: 1,346
September 2018 edited September 2018 in Font Technology
I recently downloaded the public beta of Affinity Publisher. This is their alternative to InDesign and Quark XPress, and designed to work with their two existing apps, Designer (like Illustrator) and Photo (like Photoshop).

I haven't spent a lot of time with it, but it seems to have most of the features we would expect for a page layout app. The thing I was most interested in is the OpenType support. Designer and Photo had pretty bad OT support at the beginning. They've improved a lot in recent versions and are basically okay (even in the iOS versions). But Publisher appears to have pretty good OT support right from the start, and the UI for it is great. Here's what it looks like: 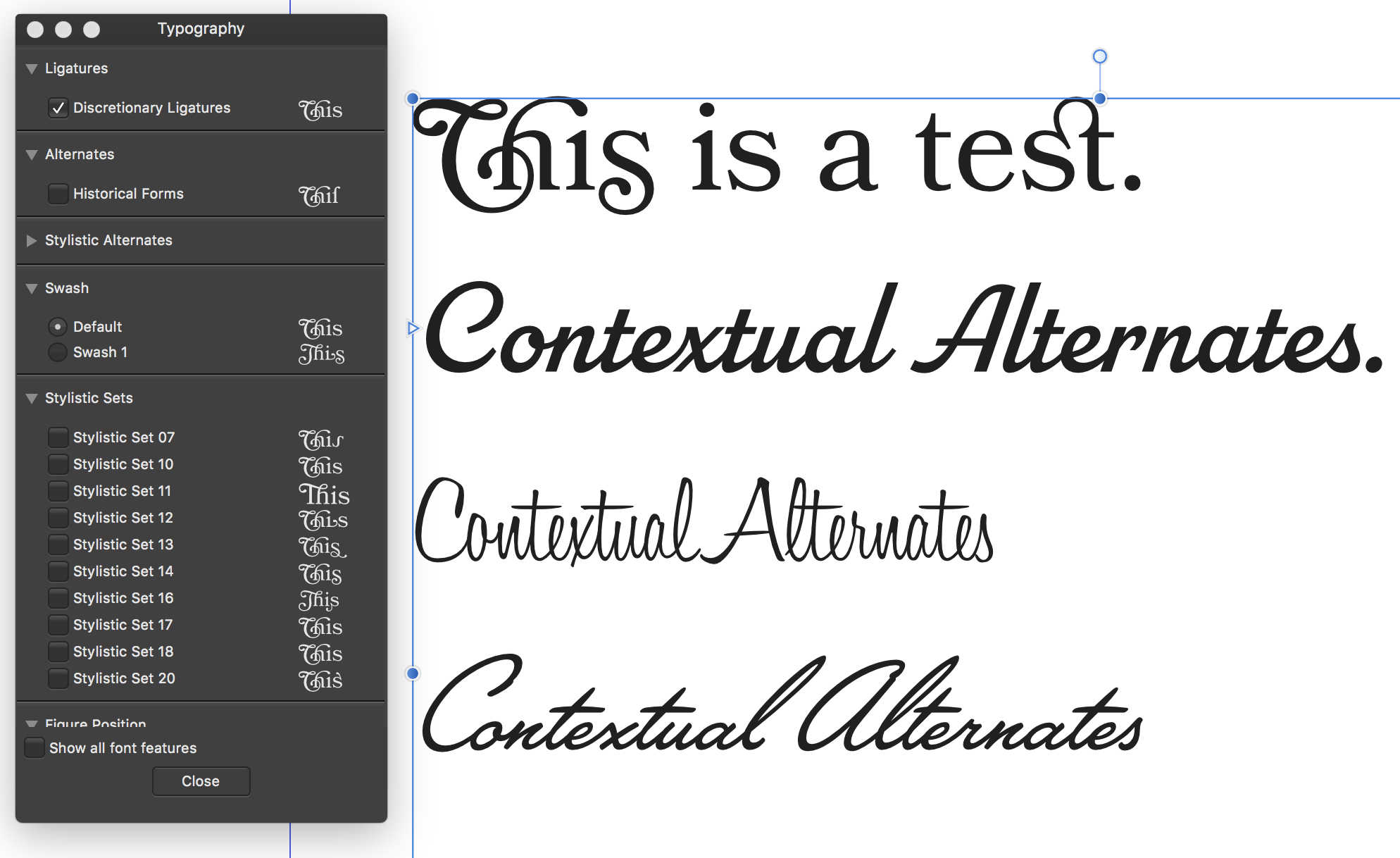 Contextual support is solid (a sore point in Designer for a long time), and I like the way it gives you previews showing the effect of each feature and how turning them on and off affects other features. It supports instances in variable fonts, but I haven't found any sliders or any other way to vary axes. Plus, it uses the same advance width for all styles. So, buggy OTVAR support. It's also missing support for named Stylistic Sets. In any case, my first impression is pretty positive.