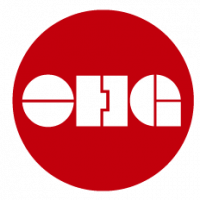 They're all here. The In-house designers at the NSA were busy. (Could you even put that on a resumé)?

Some oddly droll office humour and some interesting type choices.