I have created a special purpose font for my project. I do this for
boredom and curiosity. I'm new to font design. By profession, I'm a
programmer. I also do lot of photography and like visual arts. I live
in the Czech Republic.

I have created few small resolution bitmap fonts in past for some
games but this is my first outline font.

Purpose: few years back, I created this mathematical curiosity:
http://jtra.cz/stuff/essays/math-self-reference/index.html Almost ever
since that I wondered if I could do something similar that would not
be bitmap based, but with nice smooth font.

About a year ago I started learning math that would be needed for
this: Bézier curves.  I have the math part prepared. I made a program
to play with curves which I eventually turned into sort of glyph/font
editor (screenshot included) in which I designed following font. I
call the font 'Self-ref' based on purpose for creating it.

The font originally started as zero-contrast slab-serif but later I
tried increasing contrast and kept it that way.

Design objectives: To emphasize that used mathematics is flexible, it
should not feel like pure geometric font. It should not be drawn with
circular pen. Serifs. Contrast should not be extreme.

The font will be used for typesetting some mathematics and few texts
around.  I know TeX/LaTeX and I'm aware of its enormous use in
mathematics papers. TeX defaults to italics font for most of the
mathematics. It is nice that it stands out in wall of regular text,
but I don't feel like all the math needs to be typeset in italics. I
also feel creating italics font would be much harder for me. So I want
to use roman type for both mathematics and texts around. It will not
be much text anyway.

I have automatic kerning algorithm which I feel sort of works most of
the time except for symbols which are often kerned too tight (for now
I correct it manually after kerning).

I have not yet tried to use this to typeset much mathematics. I will
need few more glyphs and I will probably want to improve my automatic
kerning algorithm for symbols before that.

There is only a bitmap output, no PDF, so I include two bitmaps of the
same text, one to fit forum post and other high resolution
bitmap. There is no hinting so low resolution look is not great.

What problems and inconsistencies stand out in the font? Should I try
to simplify it (are three ways I do terminals too many)? Anything you
like? :-) 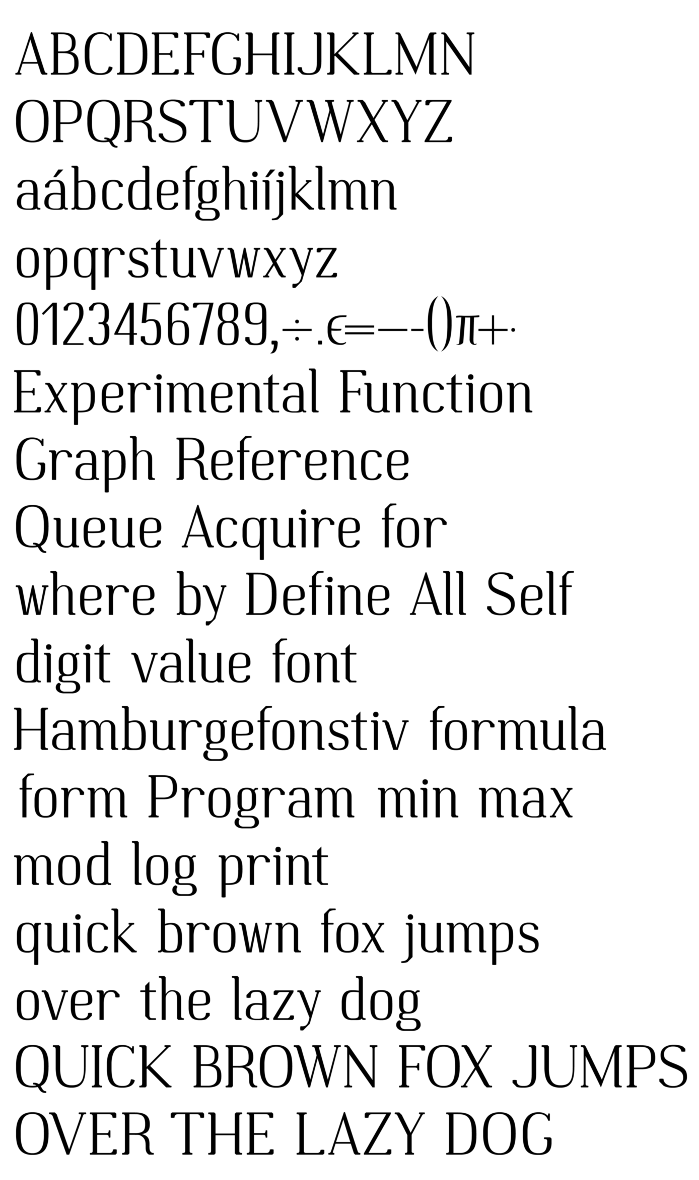