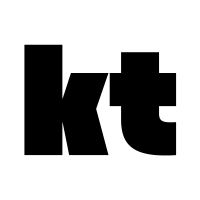 James Puckett Posts: 1,698
February 2013 edited March 2013 in Type Design Software
I have uploaded DTFCooker to Github. DTFCooker is a command line tool that generates parameters to use when sketching up type ideas. DTFCooker is based on Erik van Blokland’s TypeCooker, with less Noordzijzian logic, and is more inclined to inspire display fonts than text or workhorse fonts. It is open-source with a BSD license.