I've been working on this monospaced project on and off for a few months now, and have reached a stage where I'd really appreciate some feedback.

I'm new on here, so a little about my type background. I have no formal type education, but have been enjoying trying to figure some stuff out for myself over the past 4 or 5 years – this year I self-released a couple of typefaces.

This is my first attempt at a monospaced typeface, and my intention was to produce an amiable grotesque without worrying too much about it being exquisitely legible or functional at tiny sizes. I'm mostly happy now with the majority of the forms, but I know there's still plenty of work to do to get the text colour looking good – I've just been looking at it way too long now to see it properly. I've designed light and bold weights, with the image below showing an interpolated regular weight. I'm looking for any feedback or advice on offer, especially regarding text colour problems. I've attached a pdf proof with some text setting. 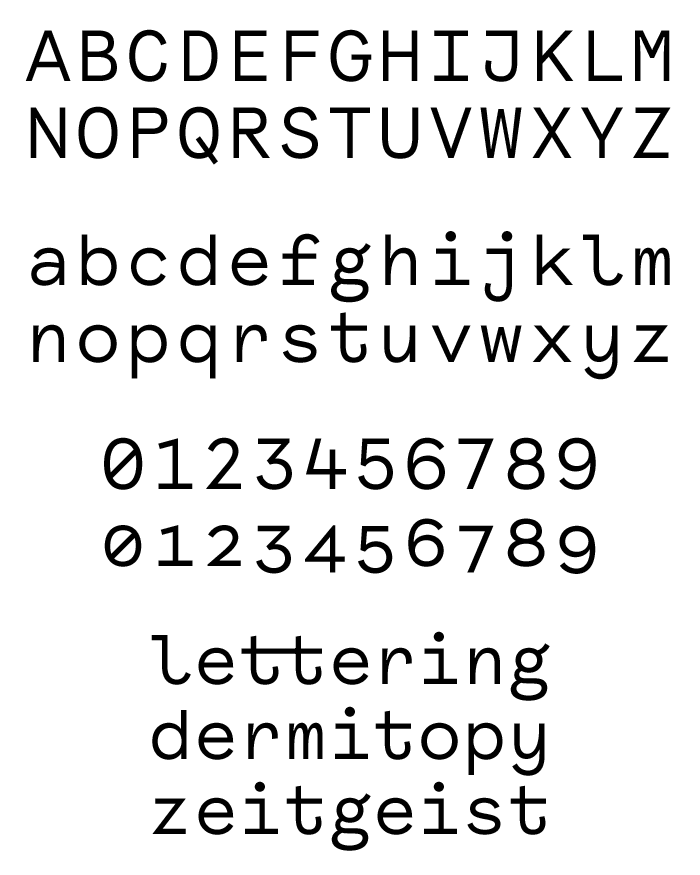