Display type based on odd signage

Austin Stahl Posts: 54
June 2016 edited June 2016 in Type Design Critiques
I've started working on something fun, based on some fabricated metal letters above the Baltimore Harbor Tunnel, near where I live. I've always been fascinated by these letterforms — they're just so strange, like they were made by someone without a full grasp of what letters are supposed to look like, and yet I find them really charming. Some pics (note that they're somewhat different on each side of the tunnel!):

So I started designing something that's cleaned up enough to be usable, but hopefully without losing that awkward charm. The tough thing is finding the spot where that balance is!

So far, I've made only the characters that I have references for. Wanted to get a little feedback before moving on to filling in the rest of the alphabet. 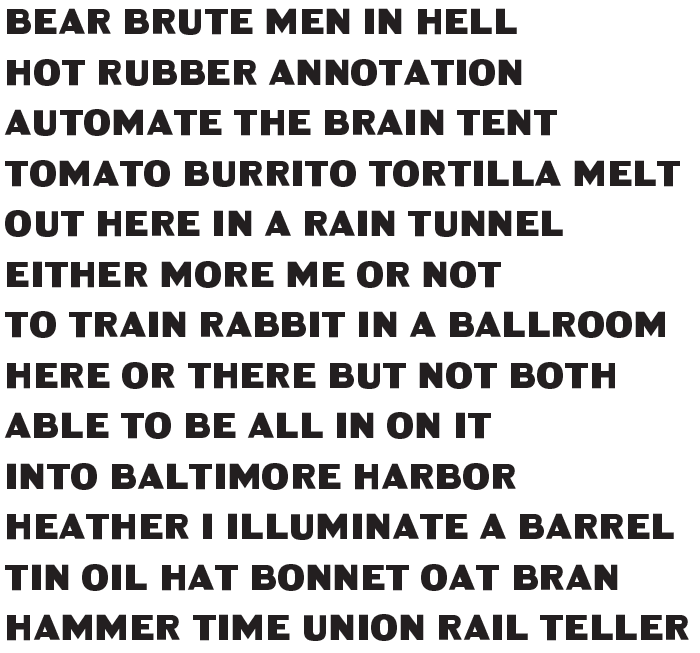 I know the /R is super weird (I mean, even more weird than the rest), but I love it. There are definitely some characters that feel darker than others — I need to figure out how much of that I want to keep (what's distracting vs what's attractively naive).

I think this has a cool 20th-century industrial confidence to it, but I have no idea whether that's appealing to anyone but me.