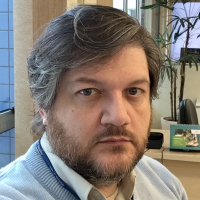 Igor Freiberger Posts: 155
February 2016 edited February 2016 in Technique and Theory
When I discovered there is something like Petite Caps within OT features, I thought it would be widely adopted. Petite Caps may be very useful to handle accronyms and camel words, besides adding another option to build hierarchies in complex documents. But it seems almost no one found the feature so promissing. Except for Mota Italic and me, I do not know any other foundry or designer to be using Petite Caps.

Do you know about other fonts with Petite Caps? Anyone does consider adopting this feature in the future? Finally, the lack of fonts using it may cause the feature to be removed from a future revsion of OT specification?
Tagged:
0