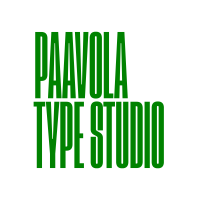 Jani Paavola Posts: 39
February 2016 in Technique and Theory
What is your workflow on italics?
I've noticed that you can get quite far by finishing a font and setting kerning, and then tilting/slanting glyphs + of course modifying the glyphs that needs different shape. But what about (negative) side bearings? What else needs to be considered?