Multiple contextual alternates in sequence, based on proximity? 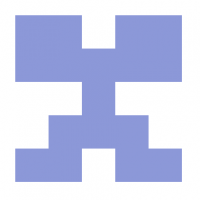 Jess McCarty Posts: 97
December 2015 edited December 2015 in Technique and Theory
I'm seeking advice for an unusual sequential substitution that I've been toying around with; namely, substituting the second letter in a ligature as well as the following letter, if that following letter meets certain criteria. In this particular script font there are some letter pairings that require a ligature to connect 'realistically' - things like os, etc. What I'm trying to figure out is how I might connect multiple strings of these ligature substitutions without creating a 'hall of mirrors' in the code.

Example: est - where es is a ligature and st is a ligature, and both the s & t are substituted based on proximity to one another.

Obviously I can set up sub e s' by es.lig; sub s t' by st.lig; in a feature, however the second substitution will of course be dropped if the user types est. In my typical contextual alternates feature, I'd simply set up class substitution w/lookups (sub @ligs @lwrcse' by @ligs) but in this case I'm working with an uneven number of extraneous glyphs that don't line up 1:1 with what I'd like to substitute, and it's not really apples→apples anyway. i.e. There are multiple ligatures ending in 's', as one example, so class substitutions, at least in the ways I can think of, won't work.

How on earth do I code for this without writing a never-ending stream of subs? There's probably a really simple solution, short of redesigning the whole shebang, but I'm having a bit of a headscratcher moment. Doesn't help that I'm self-taught and always feeling a bit like I don't know what I don't know. I've dug down into the usual resources (TD, Opentype Cookbook, FL manuals/forums, Googlefu) but as far as I can tell, no one has asked a variant of this "special snowflake" question before. Hopefully someone out there has an answer/slap-on-the-back-of-the-head! What's the best practice here? Should I redesign the glyphs instead of attacking this via code? School me, please.