Ink Bleed Simulation - Worth it? 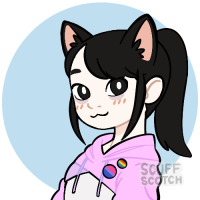 Evie S. Posts: 62
November 2015 in Technique and Theory
Title explains it, but I'll go into a bit more depth here. Is it worth it to design ink bleed in typefaces like Caslon or Garamond, or anything printed? What I mean by ink bleed is not really Papyrus with finer segments, rather FF Blur, maybe with a little less blur. I can answer it myself, but I want the community's opinions. (I know it's popular, but is it really worth it?)
Tagged:
1