I found this old article today, which was originally published in the Periodica Polytechnica (scientific journal of the Budapest University of Technology and Economics) in 1979. It covers issues regarding the designing of the letter S. The text from a PDF along with some illustrations are provided below.

What are you think?

The characters S in “Hypnerotomachia Poliphili” printed in the shop of Aldus Manutius are excellent. Among patterns arisen in the first century of printing, the designs by Vicentin, later by Cresci, show a dynamic letter S. Construction of the letter S by Durer is, however, faulty, the character falls backwards. In later periods, up to present, many good and bad examples are found, the difference between them slowly fading out.

Forming of the letter S is unparalleled in our alphabet. The floating statics of the intertwining arcs makes it the most problematic character, ahead in difficulty of the construction of characters inexistent in the Roman alphabet therefore uneasy to be fitted into its form system.

It is well known that S forms (both capital and lowercase) are built of two superposed circles. The two circles are joined, opened on top and bottom, in general by applying a tangent arc (a). The obtained initial form is not bad. If, however, the letter is less wide than the circles, the character tips over; vertical chords adjusted to the endings make the cause of this phenomenon evident (b). The S tilts less to the left when only the upper part is shorter than the length of the diameter (c). Just as deficient a form results from enlarging the lower part for the sake of an apparent, optic equilibrium of the two parts; thus the character obtains a vertical tangent on the left but none on the right (d). The correct solution is evident; the upper circle has to be slid to the right (e). Even with identical circles, a balanced form tending to the right is achieved.

S varieties are easy to construct from joining identical circles slid on each other (Fig. 1). In drawing four squares, not only those enveloping the circles but also their reflections along the horizontal bisector, diagonals of the overlapping squares intervene in constructing the letter. They provide numerous points and refer to other ones suitable as centres for circular arcs to be composed at will. Thus the letter may be formed optionally to match the given alphabet. The construction is simplified by adhering to the enveloping circular arc for the outer arcs, rather than to join both circles by an arc, necessarily empoverishing the form. These letters have in common to always keep the statics of S and mostly also its impulse. 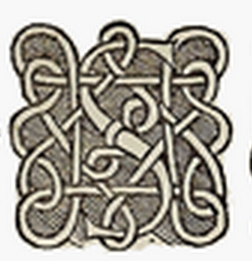 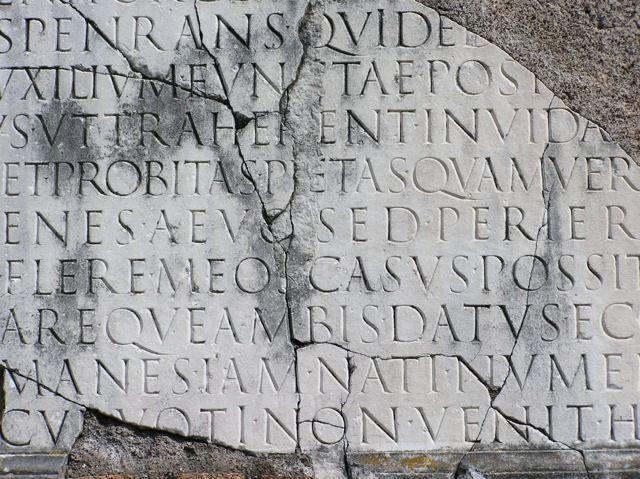 Roman capitals inscription at Via Appia.