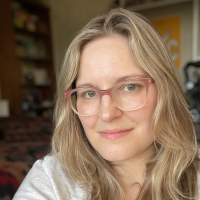 Saw this on twitter today and thought I would ask about it on here because I've never got a clear answer:

Type designers: How do you decide the size of your type on the "body"? Do you just use the full 1000 upm, ascender to descender? -Dave Foster (@ fostertype)

Making sure that the whole letter (including accents) is in the 2048/1000 upm space can be ideal because designers are often building templates where the type has to fit in that space. Having parts of the typeface get cut off could be problematic.

I feel the only exception could be swashes that go beyond the ascenders and descenders. In those instances, I have done what Karsten Lücke suggests: http://kltf.de/downloads/FontMetrics-kltf.pdf