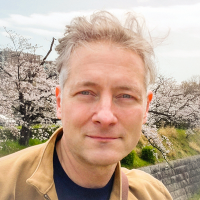 Ray Larabie Posts: 1,210
July 2015 edited July 2015 in Technique and Theory
When designing Cyrillic, some of the italics can take vastly different forms.
https://commons.wikimedia.org/wiki/File:Cyrillic-italics-nonitalics.png

But in some Cyrillic designs, the italics are oblique and the letterforms don't change. I'm trying to figure out the borderline where these traditional forms would be inappropriate.

If I were doing an old timey Cheltenham sort of design, I'd go with the alternate (traditional) italic Cyrillic forms.
If I were designing a square, high-tech spaceship font, I'd likely go with oblique forms.

It seems like the borderline has to do with "how italic" the a-z is.

1: Just slanted
2: A bit more italic: the f has a descender and the a in monocular
3: Somewhat italic: curls have sprouted
...
10: Full blown Caslon

Bell Gothic has a italic that would be somewhere between 2 and 3 yet it has the traditional Cyrillic italic forms.
https://www.myfonts.com/fonts/paratype/bell-gothic-bt/italic/glyphs.html

And Futura has oblique forms.
https://www.myfonts.com/fonts/paratype/futura-book/futura-medium-italic/glyphs.html

Is it a case of "how humanist" the design is?