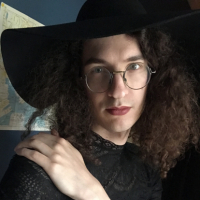 I’ve been helping somebody master a few fonts and I’ve run into a problem.
Normally I’ll design hyphen-minus (-, U+002D) to be a hyphen, and add a proper mathematical minus (−, U+2212) to align with the default numbers and mathematical operators. That works fine when I assume a capable typographer.
However, I can’t assume this for this particular client. Mainly, most people don’t have the minus on their keyboard (I do; I use Ukelele for custom keyboard layouts). Also, as long as hyphen-minus is doing both duties, most people will not think about it.

Considering that the hyphen-minus is a lot lower, slightly heavier, and shorter than the mathematical operators, how do I most elegantly handle this? I don’t know if I can even rely on calt. So: do I accept the difference, or is there a way to make this a bit more intelligent?
0