FontPeople distribuiting one of my typefaces under a different name.

In 2019 I was contacted by Jason Harcombe, apparently the founder of FontPeople, with the intention of presenting his website as a potential marketplace to distribute my fonts. He also said he’d been in contact with other foundries to be part of it. From what I see, the site now operates just as a foundry. Although I supplied files merely with the purpose of creating assets to promote my fonts on the website, I never granted FontPeople any permissions to distribute or modify them since the project didn’t materialize as it was described at the end.

I was browsing FontSpring and got unpleasantly surprised when stumbled on a typeface called Testun. This family looks identical to one of mine called Mayonez, published in 2013. It's easy to notice that the only effort put into making Testun different was changing the name and maybe some other font info. According to FontSpring’s site, Testum was designed by Iachawr Telyncombe – from whom I didn’t find any information – and published by FontPeople. As if this wasn’t irritating enough, this knockoff is also available in Creative Market and FontPeople’s site at a significantly lower price.

If you’re one of the foundries that have been contacted by FontPeople before, you might want to check their site to make sure your work hasn’t been subject of the same treatment. Have any of you experienced something like this? I’m not sure on how to proceed. I’m still waiting on an answer from them, but frankly I don’t see this situation left room to blame on misunderstandings. 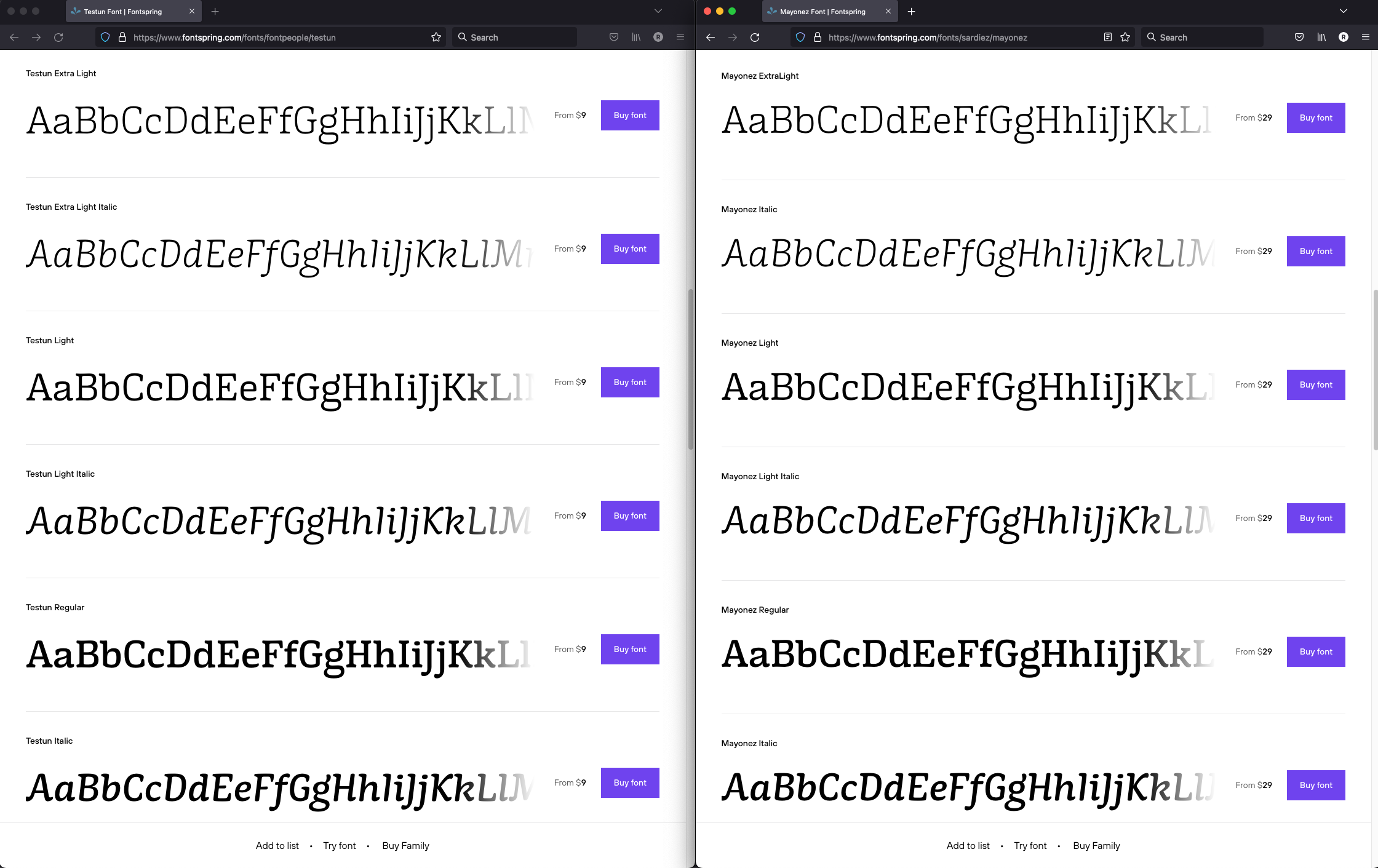