I am looking for criticism and advice about graffiti font

Gaspar Muñoz Posts: 5
July 2020 edited July 2020 in Type Design Critiques
Hello everyone, I am Gaspar, typedesigner from Chile. Last year I developed this project but it still doesn't quite convince me. I need another look to improve the project.
-

Throw-up is a Display typeface that was developed in the Typography Diploma of the Catholic University of Chile in 2019. It is clearly inspired by the style of letters present in graffiti called "Flop" or "Throw-up", which is generally built through spray paints and different special valves for this practice, which are known as "Fatcaps" that give them the transition of thick and thin lines depending on the speed and proximity with which this tool is handled.

Besides, it is built with simple shapes, typical of this style due to the quickness of how graffiti is done, because it is an illegal act.

This font has 3 style variants: Trace, Fill, and SVG (color), the latter allows the font to behave similar to graffiti.

I remain attentive to any comment and criticism that helps me generate a better design! 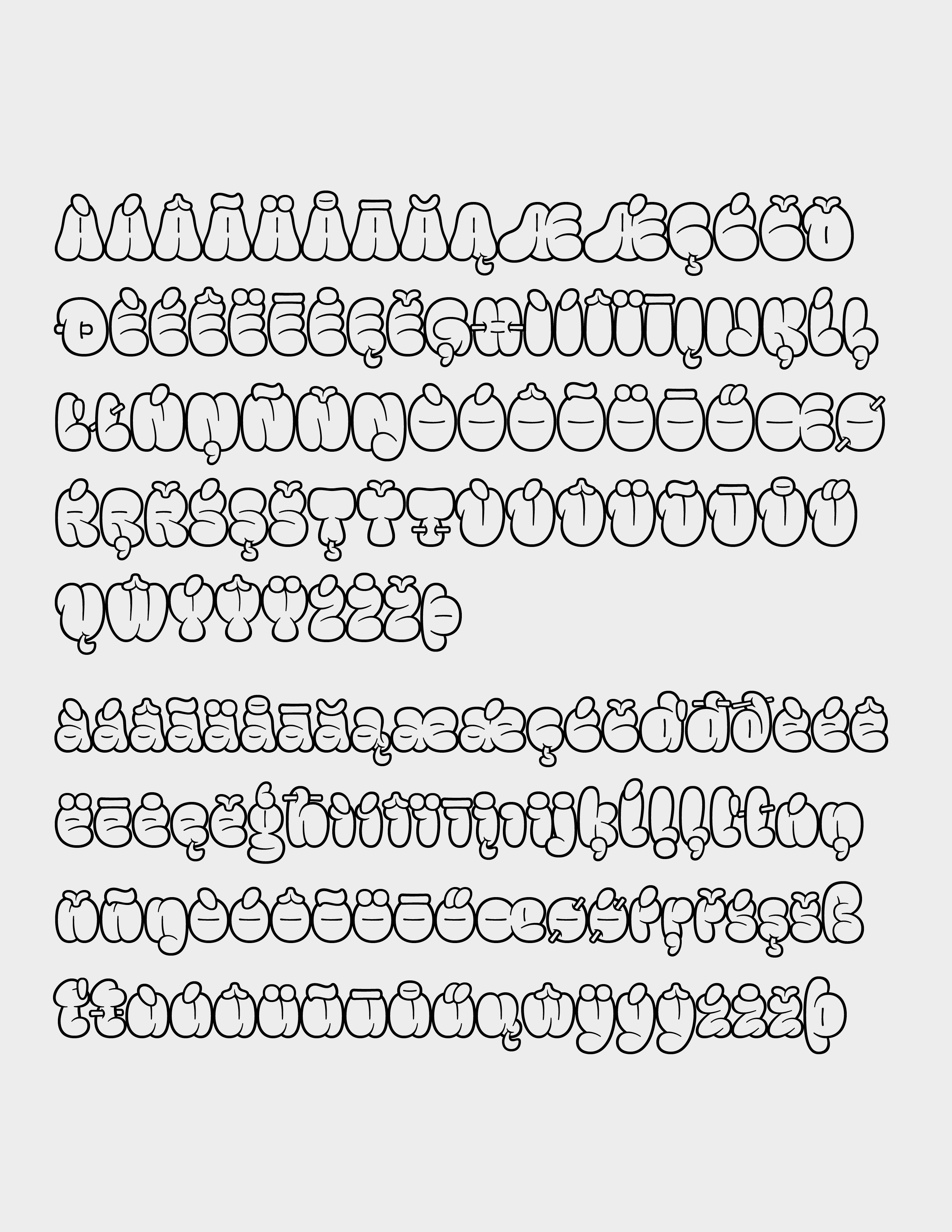 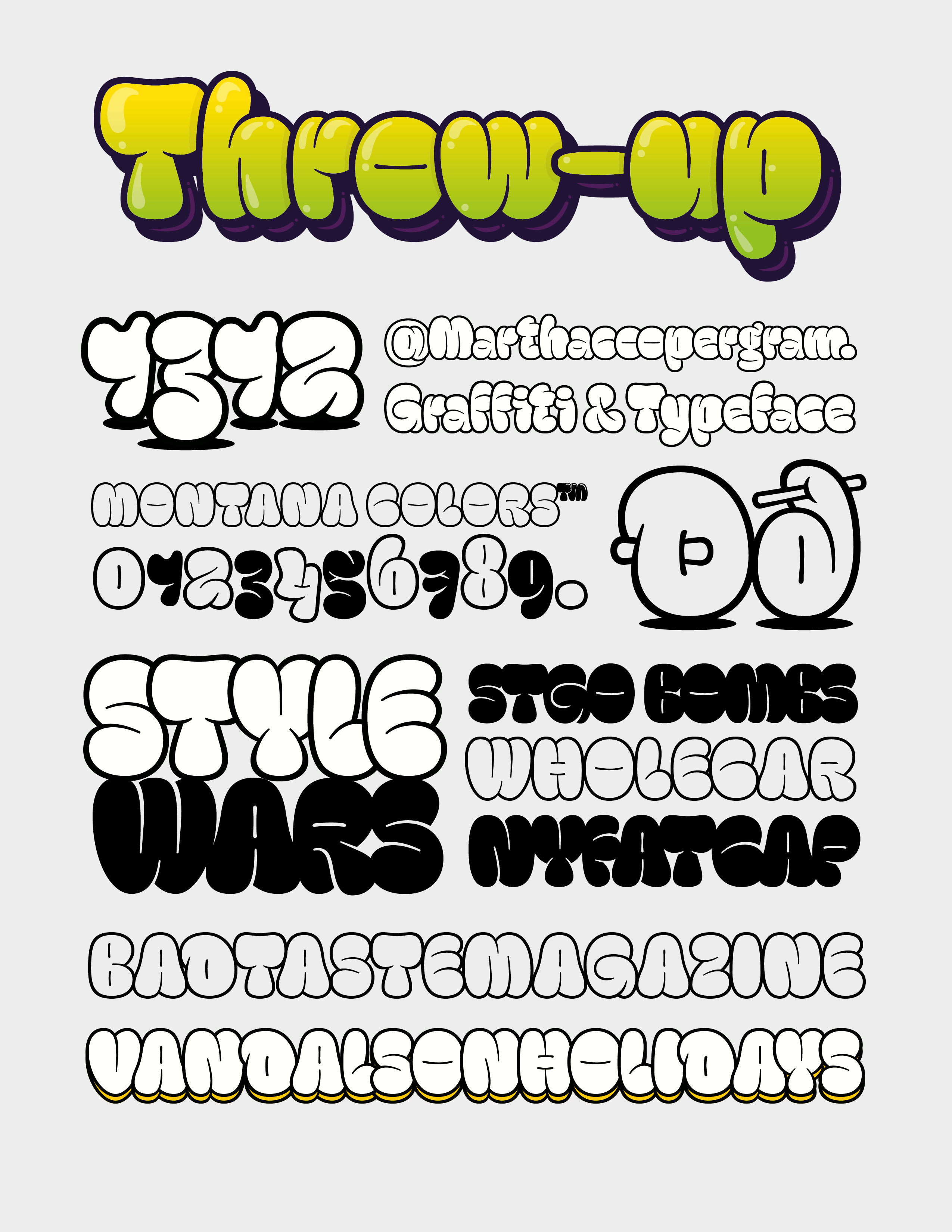 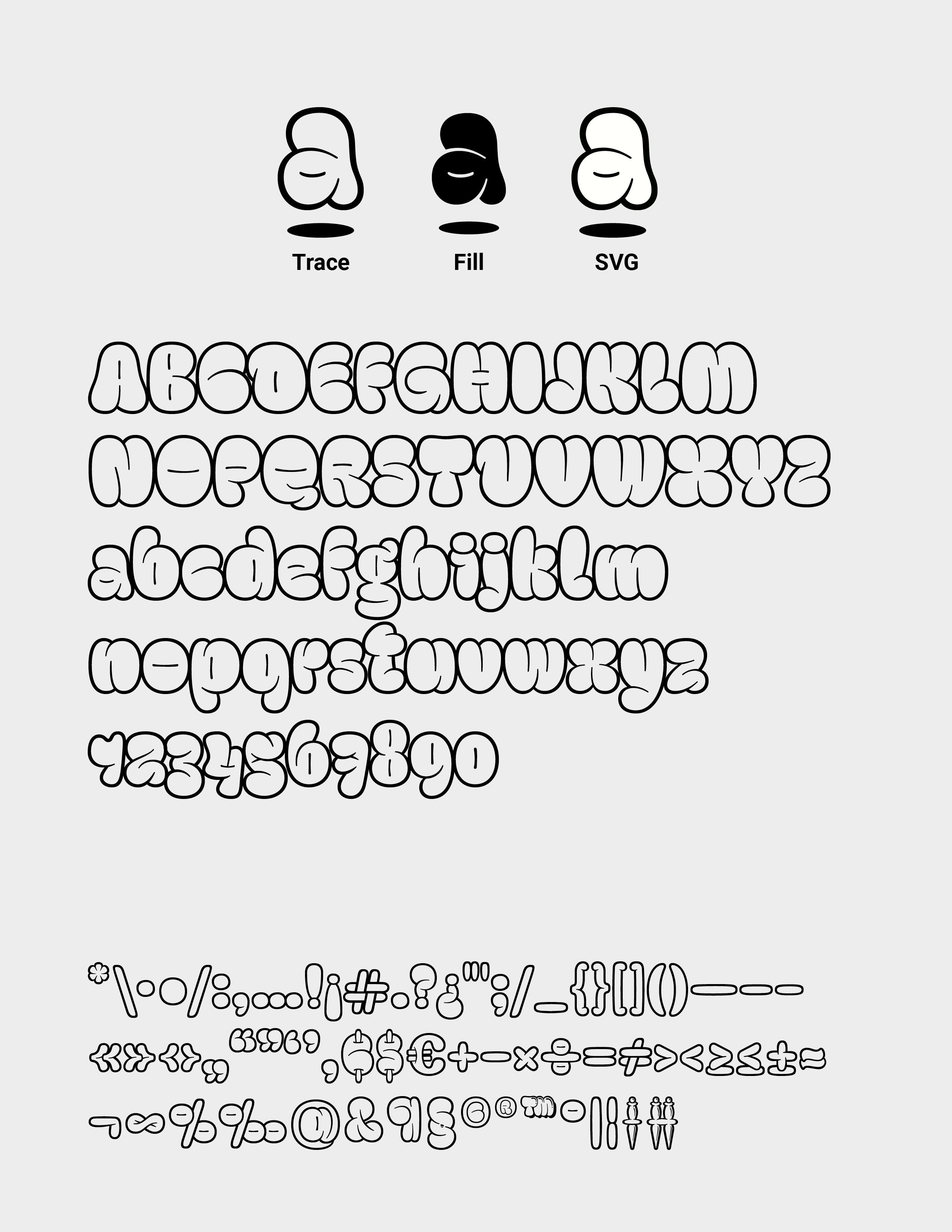