Simon Cozens Posts: 640
September 2016 in Type Design Critiques
I think this is my rite-of-passage grotesque sans. I started it on a holiday; I discovered that in one of Australia's iconic surf locations, the design aesthetic had moved away from rough graffiti-like lettering I expected and towards a more precise, squarish regular monoline. So I tried drawing one; the expected use would be for display, ideally at large sizes.

I started with a squirclar /o, offset a bunch of open paths, and went from there. Because it's basically an offset monoline (I have made the bold a bit more contrasty), I felt a bit comfortable trying a range of weights. More in the attached PDFs. Numbers are sucking but I'm not sure why, but I think I'm more or less happy with everything else. 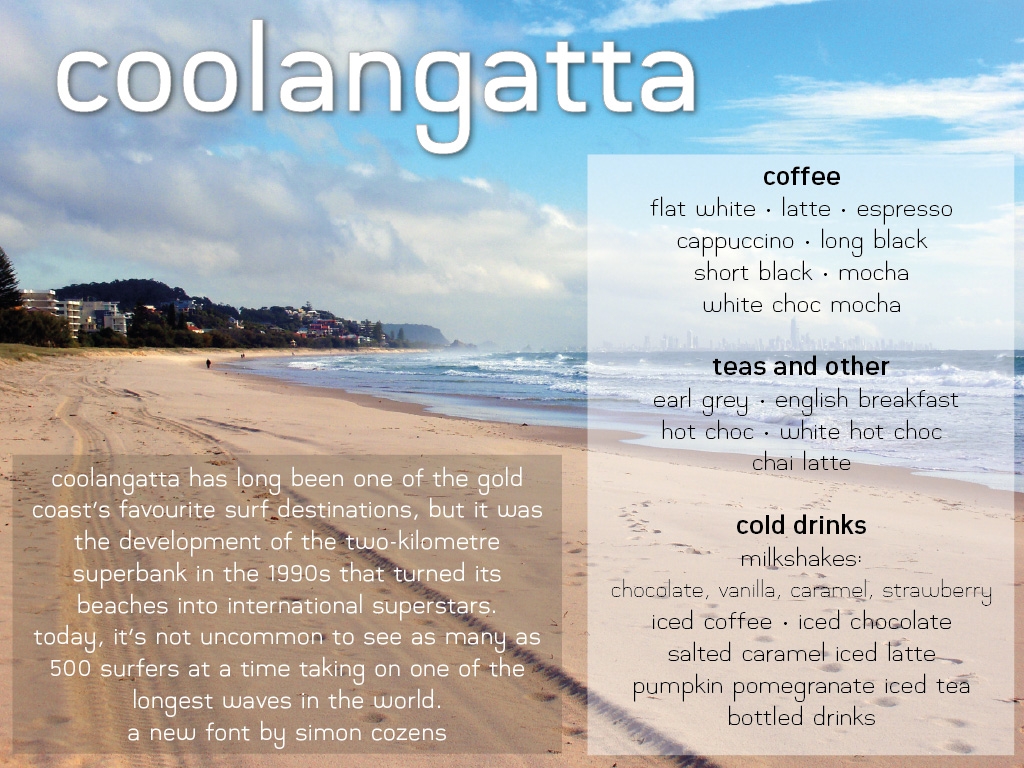